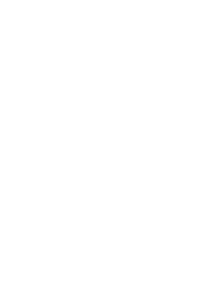 Walnut Creek located is located in Contra Costa County. With an excellent commuting location at the junction of the highways from Sacramento and San Jose (I-680) and San Francisco/Oakland (SR-24), and is known for great shopping,

The first known inhabitants of Walnut Creek were the Bolbones Indians. In 1772, Spanish explorers arrived to the region. California was settled by Mexico following the Mexican Revolution in 1821. To encourage settlement in its newly-acquired territory, Mexico made large land grants, four of which were in the Walnut Creek area. A grant of nearly 18,000 acres in what today is the Ygnacio Valley was made to Dona Juana Sanchez de Pacheco, whose husband, Miguel, had been a war hero for Mexico. She deeded her property to two grandsons, Ygnacio and Ysidro Sibrian. Ygnacio Sibrian, the namesake of the Ygnacio Valley, built the first roofed residence in the valley around 1850. Following the Mexican-American War, California became a United States territory and subsequently a state in 1850.

The oldest commercial structure still standing in Walnut Creek is the Albert Sherburne store, built around 1863 at the corner of Main Street and Oakland Road (now Mt. Diablo Boulevard). It was partially destroyed by fire in 1879 and rebuilt the following year. Over the years the building has housed several businesses, most notably Arthur's Liquors (1935-1973), and today is occupied by La Fogata Mexican restaurant.

Continued growth led to the establishment of a Post Office in December 1862. Around this time the community was renamed "Walnut Creek." The downtown street patterns laid out by pioneer Homer Shuey in his two original subdivisions in 1871-72 can still be found today.